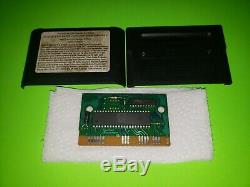 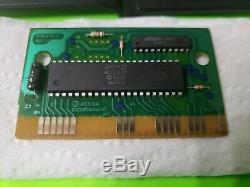 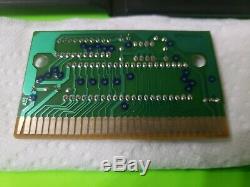 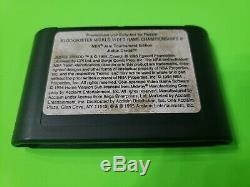 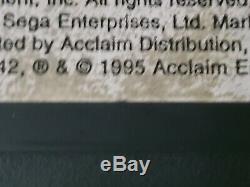 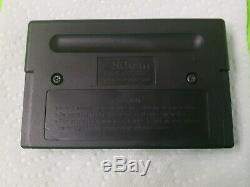 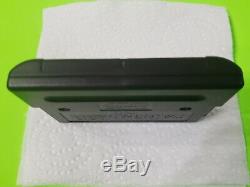 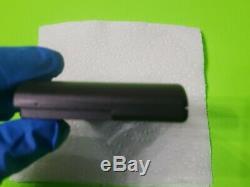 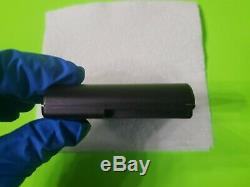 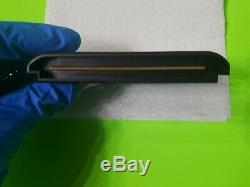 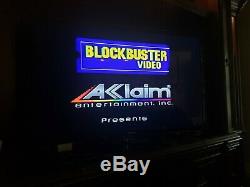 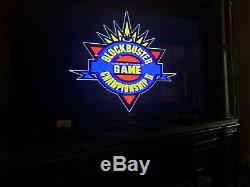 What you are looking at is the Blockbuster World Video Game Championships II cartridge for the Sega Genesis. This game has been tested to work without any issues. Both board and label have been verified to be authentic. Cartridge is in overall very good shape: label has some noticeable spotting, although this is normal as this label was cheaply made when first manufactured. Besides the spotting, there is one very small nick to the bottom of the label (pictured).

Otherwise, there are no other major defects. Cartridge is in very good shape with some very minor cartridge wear common to many cartridges.

If you have any questions at all, just let me know. This cartridge is by far the rarest and most sought after game for the Sega Genesis. This cartridge was originally produced for the Blockbuster World Video Game Championship II competition that was held at Blockbuster stores in 1995 from.

Unlike the Super Nintendo competition, the Sega Genesis championship cartridge was ordered to be destroyed. Most copies were sent out to be destroyed, however, there were very few cartridges that avoided destruction and survived. It is estimated that 67 cartridges were produced for the competition, however, since most were destroyed, it is unclear how many exist today. Over the past two decades, less than ten copies have surfaced.

This makes this cartridge the rarest Sega Genesis game in existence, and is even rarer than the Nintendo World Championships 1990 gray cartridge, in which 90 were given out to finalists of the competition and around half have surfaced. Don't miss out on this Sega Genesis holy grail! PLEASE READ: IF YOUR ITEM DOES NOT ARRIVE AS STATED OR DOES OPERATE AS SHOULD, PLEASE CONTACT ME FIRST BEFORE LEAVING FEEDBACK, I would be more than happy to assist you!

Hi, and thanks for checking out my item! These games range from older video games such as NES, PlayStation 1, Genesis, Sega Saturn, Super Nintendo, and Nintendo 64 to newer games like Nintendo Switch, Xbox One, and PlayStation 4. On top of that, I have a large selection of different items, including vintage toys, DVDs, Blu Rays, and miscellaneous electronics. So if you're interested, check out my page, you might find what you have been searching for!

You can expect the item to arrive as described. All games/electronics are tested to work unless otherwise stated. Please message me if this is the case. If an item does not work as stated it should or the condition is not as described, please message me. The item "SEGA GENESIS HOLY GRAIL Blockbuster World Video Game Championship II 2 AUTHENTIC" is in sale since Monday, March 9, 2020. This item is in the category "Video Games & Consoles\Video Games".

The seller is "winkgames" and is located in Bullard, Texas. This item can be shipped worldwide.